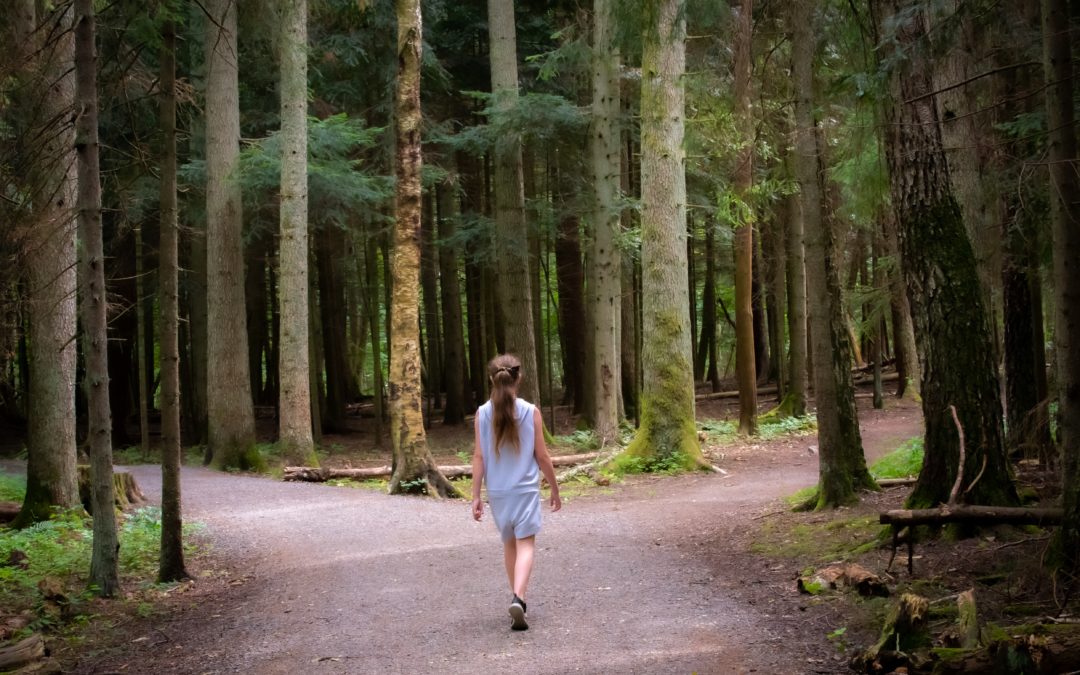 As a writer, my mind grabs onto certain words and won’t let go until I do something with it.  One such word recently is “liminal.” It is not a word used in everyday conversations yet it has been nagging at me for a couple of weeks.  Maybe because it is a good word to describe the current state of our world.

Liminal comes from the latin word, “Limen.” It describes a threshold separating one space from another. Or one period of time from another. It is a natural part of life and often met with a bit of chaos, as comes with all change.

Liminal space can be a season of not knowing and waiting for a transformation to be completed.  It is the disorientation that occurs somewhere in the middle stage of change.

Some people love this season of change – others, and dare I say most, do not. Uncertainty tugs at our basic needs to feel safe, which is the fight, flight, or freeze messages sent from the amygdala section of our ancient brain.

Billions of people around the world are currently in liminal space, transitioning from a life they were familiar, to a path with no certain direction.

Thousands of people flee wildfires each year as they watch their homes and communities burn. The life they have become accustomed is to wake up on Saturday morning with their usual routines of breakfast then running kids to somewhere. It has been that way for years. Now it is suddenly replaced with the need to find a new shelter and possibly new employment.  Their community support group is now scattered all across the country.  Nothing is the same.  They are in a liminal space waiting for what’s next.

Wildfires take more and more acreage each year and the wildfire season has extended 105 days longer in the west than in the 1970’s.  Drought conditions stress forests health and when coupled with longer infestations, such as the pine bark beetle, it results in millions of acres of dead and dying coniferous trees, or fuel for those fires.

Families go to bed hearing a warning of heavy rains and flooding and wake up to torrent rivers washing away every piece of product from store shelves and family memories from the wall. Their town is nothing as it was the day before. They make a tough decision to stay and rebuild or move on.  Either way, they are in a liminal space.

As the oceans warm from rising levels of CO2 in the atmosphere, more clouds from and hold a lot more water.  These clouds form atmospheric rivers over the ocean and deposit extreme amounts of water on land.  So the one in 100 chance may now be one in 50 and the odds continue to drop.

Refugees by the thousands flee their homeland that they have known for centuries because there is no longer enough water to drink or grow crops.  Men who once supported their families by farming are commiting suicide, while the family grabs whatever they can carry and head to places they can meet their basic needs to survive. In many cases they are met with unwelcomed arms. These families are in a liminal space uncertain where the transition will take them.

As the warm air grabs more water from the oceans, it also sucks water from the ground making it impossible to sustain life.  These regions have extended drought conditions leaving reservoirs dry and groundwater depleted.  The Colorado River basin is one example of a region in trouble.  Forty million people rely on water from the river and the main reservoirs, Lake Mead and Lake Powell, are at about half capacity.

At the time of this writing people are asked to stay in place due to a pandemic which is just in its infancy as pandemics go.  People are asked to work from home if they are lucky to have such an option. Others are risking contamination by working in essential businesses – essential for the general population and in many cases, the only source of income for that worker’s family. This event forced the entire human species into liminal space.

Many more people will be living in a liminal space as our world changes.  Every piece of earth that we occupy is in transition – getting hotter, drier, wetter, with expansion of viruses and disease.  The planet itself can be thought to be in transition from what was to what’s next.  It is no longer in its previous state, but not quite transitioned to the new.

We will need to adapt and hopefully come out the other side in a better world.

If this article was shared with you and you enjoyed it, you can join up to receive your own weekly 52 Ways to Reduce Your Carbon Footprint email.  Learn more here. 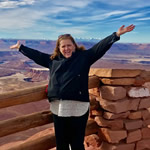 I am an author, teacher, and Climate Reality Leader who enjoys being outside as much as possible exploring our natural landscapes. My current focus in on our website, https://EarthFocusGroup.com with a mission: “We see a world of people who understand our changing climate and that individual actions affect everyone on earth.”

This mission is currently satisfied by these programs:

My husband, Wayne, and I are currently on a Climate Tour in our motorhome (that tows an electric car) where we stop in a location for several weeks to meet with local environmental groups and give Climate Reality presentations.